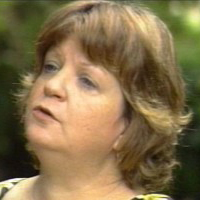 The last big Janice & Michael report was during Spring to Summer 2009 when individuals in Fairbanks, Alaska reported to me so much information, I had to write a series of articles to cover the ongoing updated story. Obviously, it died out when Michael was let go of his job and the lawyers Janice worked with parted company with her. 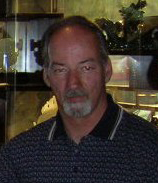 As of today, I found some nuggets of what has happened since then.  First, it appears that Michael is talented in the art of wood-working. It was reported that Michael made furniture from the comfort of their Paystreak home and sold furniture he made. I am not sure if this was a part-time or full-time endeavor but it seems certain that the purpose was to generate income, not just a hobby. I have no idea what Janice did in the last 3 years. There was no information on the work front.

However, I was told Janice and one of Michael Ledden’s twin sons flew to Colorado Springs in time for the new  2011-2012 school season approximately August or September 2011. The story is that Janice missed her grandchildren and wanted to be closer to them. Both of Janice’s daughter have military husbands. One of them was stationed in Alaska and I believe the other one could be stationed at Ft. Carson in Colorado Springs. So, it would make sense that Janice would want to move to Colorado Springs.

I believe Janice is paranoid and has a fear of abandonment. After all, she is living a life of secrecy, looking over her shoulders, never knowing who to trust or what might pop up unexpectedly.

I was told that Michael’s daughter (older than the twin sons) moved out when she was young and married some boy or young man. This allegedly created a lot of stress with Michael and Janice. That daughter has supposedly signed up with the U.S. Army. The only reason I bring up the dramatic daughter situation is because it rings true to me. Michael’s daughter has endured a great deal of stress with the sudden upheaval from Columbus Georgia in 2007 and moving to Fairbanks.  Living in secrecy for all these years and being forbidden to have social media accounts like all the other teenagers has to take its toll on a young girl.

The physical address of the home they allegedly moved to in Colorado Springs is on Forsythe Drive near Fort Carson. I have the street number but I won’t post it simply because I cannot verify if Janice or Michael actually live in that specific home. I looked at the photo of the neighborhood in Google Street Maps and the home appears to be close to Hennings Drive and Forsythe Drive. The phone number they had was 719-xxx-1273. But supposedly, it was quickly disconnected when someone “tested” the phone number and a man (might be Michael or Janice daughter’s husband) picked up the phone, nervously replied “wrong number”, and hung up.

So, there you have it.  Michael and Janice appears to have made Colorado Springs their new home and they cleared out of Fairbanks Alaska sometime towards the end of 2011.

Show Your Support: A PayPal Contribution

ELI is the definitive informational website in the U.S. to combat and defend against Getty Images' (& other stock photo) extortionistic letter practices. Since 2008, ELI reports on important news, information, and strategies to assist the ever-growing numbers of Copyright Extortion Letter victims.

ELI has fought legal battles against enemies that have attempted to silence, cripple, or shut us down. Help us continue the fight against copyright extortionists by supporting ELI through a Paypal Contribution.

Please make a small PayPal contribution of $10.00 to $30.00 if you found valuable information that assisted you in defending yourself against copyright extortionists and to ensure ELI's continued existence on the Net.

Please understand this is an ongoing battle fraught with legal risk to us. We need ongoing community support to continue our work here. Thank you for your enthusiasm and support of our cause.

© 2008-2019 Matthew Chan. Special thanks to Robert Krausankas (Web Design of Palm Beach) for donating web hosting services to the ELI cause.